I write about design, technology, programming, and other esoteric interests. Subscribe to the RSS or JSON feeds to get the latest articles.

I often joke about the HIG being an acronym for Highly Ignored Guidelines. This is an effort to change that, at least for tvOS. 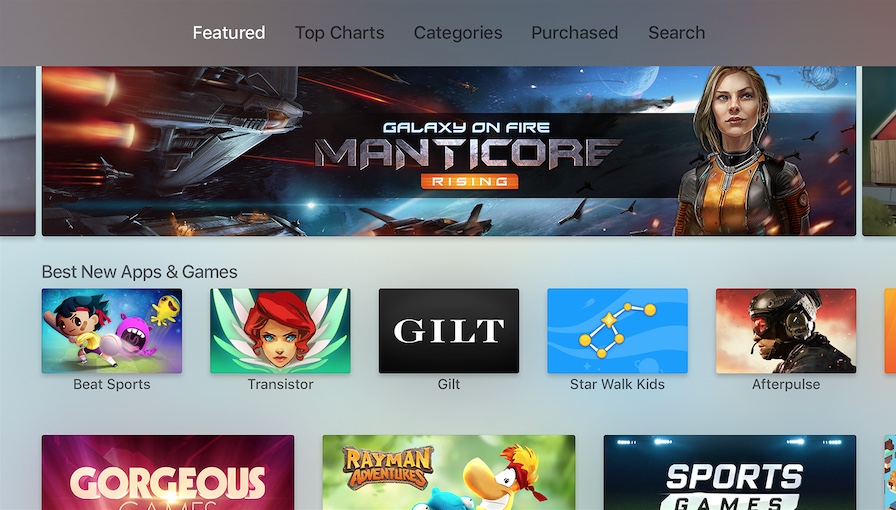 The user interface of tvOS.

Update: My colleague Jack Nutting pointed out that clicks require you to press the touch surface until it clicks, whereas taps don’t.